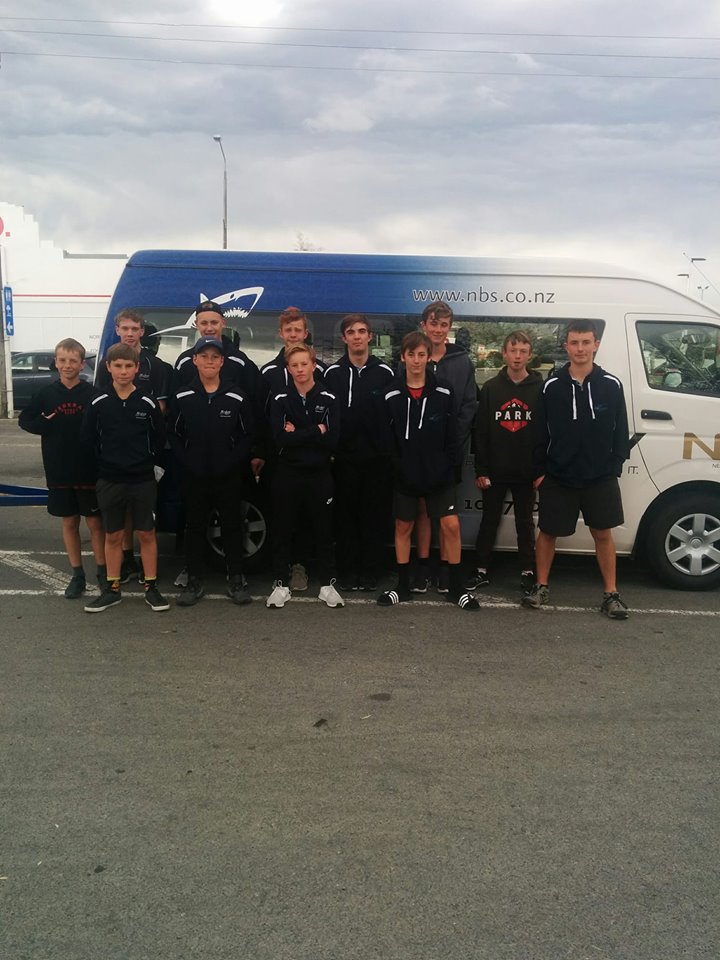 The final game of pool play, and the boys seemed to have some midweek fatigue. Northland were a fair match for our boys, but their strikers were able to wear down our defence and put away goals. A great 50/50 challenge saw us show Nelson can score goals. Again, we were able to score goals, and the boys remain positive going into the playoffs.

The boys had a great pre game warm up, and really talked themselves into the Wairarapa game, and it showed in a great result. Nelson were able to start on the front foot and continue to push Wairarapa, with goals scored from both field play and Penalty corners. Both teams played well, and it was nerve racking at half time. Nelson came out strong in the second half and turned the tide of the game, taking control of possession and the game. Goals from Charlie Hammon, Maclaren Smith, Billy Goble

and two from Zach Moffatt secured the win, and a guarantee of finishing 12th or better. A great improvement on last year’s placing.

With the confidence from a win the day before, the boys had high hopes of another great game against Auckland. Again our boys showed themselves to be worthy opponents, but Auckland’s extra reach and speed carrying the ball kept our boys chasing hard. Auckland were able to control the possession and game, and gradually built the score to the end result of six nil. The boys should be proud that they kept their heads in the game, and never gave up, but a wounded Auckland were the stronger team on the day.

Final game of the tournament and playing off for 11th or 12th place, the boys took the turf with the right attitude. The game was very hard fought, with a strong first half from both teams. Jacob Patel took a hard ball to the face, ruling him out for the remainder of the game. Nelson held the score to one all at half time, with a field goal from Billy Goble. Unfortunately, a couple of green cards gave Counties Manukau the extra offensive strike to start slotting away goals. The boys fought hard, but by the final whistle the Counties Manukau had three unanswered goals, taking the win.

The boys can be incredibly proud of both the result and the way the have carried themselves this season. They have left everything on the turf, played to the final whistle and proven themselves worthy of the Nelson uniform.
A fun week away with wonderful boys.
Shelley Smith
U15 Team Manager

NHA would like to congratulate our U15 BOYS for their performance at U15 NATIONAL TOURNAMENT in CHRISTCHURCH this past week.
Thank you very much to all players, Tristen & Shelley and all the parents for their hard work and support through the season.
Thank You!

U15 BOYS heading down to Christchurch. NHA would like to send U15 BOYS Team our…

Latest Draws
Latest Results
Recent Posts
Latest News Categories
DONATE or BECOME A SPONSOR! The installation of the electronic scoreboards is our top priority. Help us to achieve our dream. Donate today. Thank You!
DONATE TODAY
© 2017 Nelson Hockey. All Rights Reserved. a slightly different website.
Back To Top