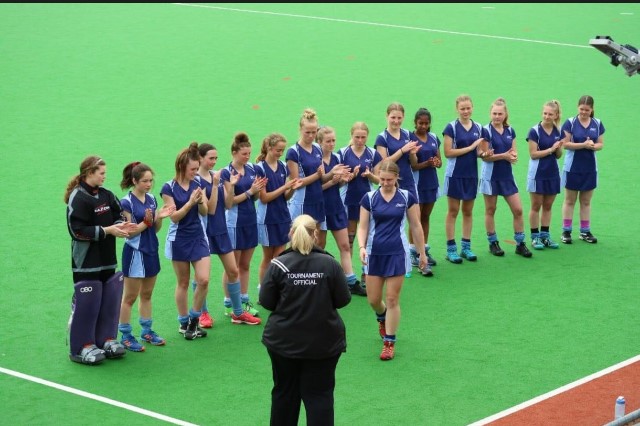 Finals day arrived and Nelson were pumped and ready to taken in North Otago for the second time. Holly Melville got hit with a ball in the nose at warm up which unsettled the team. Our start, even though we were stronger, lacked the final touch. After some fierce attack from our forwards of Jess Davidson, Karishma Patel and Ruby Campbell we finally got the first one in after 5 min by Caitlin Clementson. The rest of the first half saw Nelson holding their own but struggling to put any goals in the back of the net.
The second half saw Nelson come out strong. We got a penalty where the push went to Jess and she passed it to Demi Mant who scored our second goal. Nelson continued where we got another PC. Jess got one off the goalies pad into the back of the net but this was disallowed. We held our own and finally survived winning 2-0. Nelson were proud to have won 4 and lost 2 games and claim 9th position.
Our captain Jess Davidson earned herself MVP for the tournament.
A big thanks to our supporters for travelling over for our girls.

NHA would like to congratulate our U15 GIRLS for their performance at U15 NATIONAL TOURNAMENT in CARTERTON this past week.
Thank you very much to all players, Mores & Heather and all the parents for their hard work and support through the season.
Thank You!

Latest Draws
Latest Results
Recent Posts
Latest News Categories
DONATE or BECOME A SPONSOR! The installation of the electronic scoreboards is our top priority. Help us to achieve our dream. Donate today. Thank You!
DONATE TODAY
© 2017 Nelson Hockey. All Rights Reserved. a slightly different website.
Back To Top